Ear Problems and the Chinese Shar-Pei

Shar-Pei have one of the most unique ear conformations in the dog world. The tight ear flap and a predisposition to narrow ear canals (“stenotic ear canals”) can spell disaster in trying to maintain a healthy ear. The normal ear anatomy is similar to an ice cream cone. The cone represents the vertical ear canal and this connects to a short horizontal ear canal which leads to the ear drum. Most problems involve the vertical ear canal.

I consider it normal for the Shar-Pei to have what I call “yeast over growth”. This is seen as a dark brown accumulation in the upper part of the ear. This does not appear to bother the dog — the ear is not red indicating inflammation, there is not a foul odor and the ear is not painful. Routine care involves using Q-tips and alcohol to clean this material out of the ear. This usu- ally must be done weekly. Often this discharge becomes more severe and clinical signs develop such as head shaking, foul odor to the ears and pain when cleaning the ears. Medical intervention is necessary at this time — a veterinary examination is needed. A sample of the discharge is examined under the microscope and often a bacterial culture with sensitivity is often indicated. I often do not clean the ears in the clinic during the exam — sedation is usually necessary to do a thorough job. Medication is dispensed based on what the underlying cause may be.

My opinion: ONCE A SHAR-PEI HAS AN EAR PROBLEM IT WILL ALWAYS HAVE EAR PROBLEMS. YOU WILL NOT CURE THE PROBLEM, YOU WILL ONLY CONTROL IT THROUGH ROUTINE EAR MAINTENANCE. The primary problem with ear cleaning in the Shar-Pei breed centers around inadequate training and tack of control of the dog. If the dog will not let you clean the ears you will not be able to treat the ears- The training process begins in puppyhood and involves discipline and positive reinforcement methods which are beyond the scope of this article. Suffice it to say that you should train your dog as a puppy to tolerate ear cleaning. I will also be the first to say that some of the problem in cleaning the ears rests in the most common method of ear cleaning used today – the cotton swab. Improper use of the cotton swab results in trauma to the ear canal with swelling, pain and an uncooperative patient. The best way to clean the ear canal is to “float” debris out of the canal using an ear cleaning solution. A wide variety of such solutions are available on the market with none being better than any of the others. Try different ones and see which works best for you. My personal favorites are Pan-Otic and Nolvasan Otic. Do not use hydrogen peroxide! The foaming action bothers the dog and the peroxide breaks down into oxygen and water in the ear. It is usually wise to clean the ears outdoors because the principle here is to allow the cleaning solution to loosen the debris and the dog to shake the material out of the ear. The ear canal is filled up with the cleaning solution, gently massaged, and then the dog is allowed to shake its head. Stand Back! Material tends to catch on the inside of the ear flap where it is wiped off with cotton bails and the whole process is repeated. This is done several times until no more debris is collected. At this point a cotton swab can be gently inserted into the ear canal to soak up any remaining ear cleaning solution. Do not clean the ear with the cotton swab! After the ear is thoroughly dried, the appropriate ear medication is instilled into the ear canal as directed by your veterinarian. It is often a good training technique to give the dog some sort of a special treat at this point to positively reward the dog. This may make future sessions more pleasant. In ears that have severe disease, it is often a good idea to treat the ear for several days with medication first before attempting to clean the ears. This allows the swelling and pain to subside first and allow the dog to tolerate the cleaning procedure better. In such cases it may also be a good idea to have your veterinarian anesthetize the dog and clean the ears before any home therapy is done. This also allows your veterinarian the opportunity to examine the ear more thoroughly.

There is a special category of ear disease that is often seen in Shar-Pei called “hyperplastic otitis” or “proliferative otitis”. This disease is characterized by multiple warty or polyp-like growths in the ear canal and ear flap. These growths further impede air circulation in the ear and contribute to the ear disease. Why some dogs develop these growths and others don’t is not known. It probably represents an extreme response to chronic infection. Oral steroid therapy is often used in an attempt to minimize the formation of these warty growths. Many times surgery is necessary in these cases. One type of surgery involves removing the warty growths using electrocautery.

Orthopedic Problems and the Chinese Shar-Pei 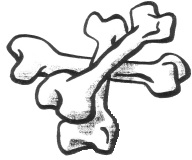 Shar-Pei have several types of orthopedic problems which are hereditary in nature.

ELBOW DYSPLASIA – is actually a complex of developmental problems seen in young Shar-Pei. These include ununited medial coronoid process, ununited anconeal process and ostochondritis dissecans of the humeral condyles. The ununited medial coronoid process appears to be the more common problem in the Shar-Pei. This is caused by a small fragment chipped off the radius bone in the elbow; The radius is the main weight-bearing bone in the forearm and the main symptom seen is a chronic front leg lameness which gets worse with exercise. As time passes, arthritis develops in the elbow and the elbow becomes swollen. Treatment involves surgery to remove the fragment. Often, both elbows are involved.

HIP DYSPLASIA – a malformation of the hip joint is still seen in the breed. Shar-Pei breeders have made great strides in reducing the incidence of this disease. When I first got into the breed in the 1980’s the incidence of hip dysplasia was around 19% and in the 1990’s the rate has dropped to about 7%. This decrease is largely due to breeders using results of OFA hip evaluations to guide their breeding programs. The Orthopedic Foundation for Animals (OFA) uses board-certified veterinary radiologists to grade hips and help breeders select individuals free of the condition to use in their breeding programs. Symptoms of hip dysplasia range from no outward signs at all to severe debilitating arthritis in the hips. The diagnosis is based on radiographs taken with the dog under anesthesia. Treatment ranges from pain medication and glycosamine/chondroitin sulfate combinations to total hip replacement.

PATELLAR LUXATION – is commonly know n as “loose knee caps”. The kneecap or patella is held in place by a groove located at the end of the femur or upper leg bone in the rear leg. When the groove is not deep enough the patella can slip off to the side of the stifle or knee joint. Most commonly This is seen as an intermittent lameness which ends when the kneecap “pops” back into normal position. Treatment is surgery to deepen the groove and tighten the surrounding ligaments.

ANTERIOR CRUCIATE LIGAMENT RUPTURE – seems to be a common knee injury in the Shar-Pei. The anterior cruciate ligament prevents movement of the lower rear leg forward independently of the upper leg. Usually this injury occurs due to hyperextension of the knee during exercise. Symptoms are fairly severe rear leg lameness associated with a traumatic incident. Surgery Is necessary to stabilize the knee joint. Many times the other knee will be injured in the same manner several months after the first knee is repaired.