Immune-mediated hemolytic anemia (IMHA) is an antibody-mediated or complement-mediated cytotoxic destruction of circulating red blood cells (RBCs). The term “hemolytic” refers to the release of hemoglobin from the damaged red blood cells which imparts a reddish color to the normally clear serum. 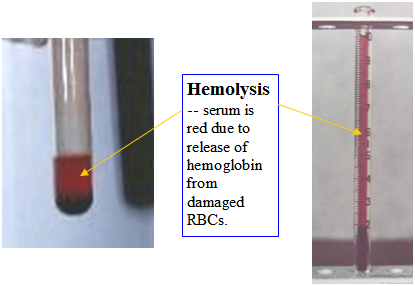 IMHA can be either primary, also known as idiopathic or autoimmune, or secondary. Primary IMHA is the most frequent cause of IMHA in dogs and it is an autoimmune disorder with no recognized underlying cause. IMHA typically affects young adult and middle-aged animals, and is most common in Cocker Spaniels, Poodles, English Springer Spaniels and Old English Sheepdogs. Some studies point to a sex predilection favoring females. Important causes of secondary IMHA include drugs, infectious disease, parasitic disease, inflammatory disease, neoplasia, immunological disease and post-vaccination.

Some Potential Causes of Secondary IMHA:

Secondary IMHA affects dogs of any age or breed and is often associated with a “triggering event”. Potential triggering events are listed in the table on the previous page. This is by no means a complete list. There is even a report of secondary IMHA caused by insect envenomation (multiple bee stings). Secondary IMHA will often respond poorly to treatment or recur unless the underlying cause is identified and eliminated.

Destruction of red blood cells initially begins with antibody attachment to the RBC membrane. In primary IMHA, autoantibodies are directed against components of the patient’s own RBC membrane. In secondary IMHA this process can also occur but additionally antibodies may be directed against a foreign antigen such as a drug, virus, parasite or bacteria which is attached to the RBC membrane, against normal RBC membrane components that are antigenically similar to non-RBC antigens that are associated with the underlying disease process or against membrane components that are normally hidden but are exposed by the underlying disease. A number of different mechanisms can result in RBC destruction. If the antibodies on the membrane “fix” complement the RBC membrane becomes so damaged that extracellular water leaks into the cell and ruptures while it is in the circulation (intravascular hemolysis). Antibodies by themselves do not destroy cells. By binding to the red blood cell surface they identify cells that need to be removed by the mononuclear phagocytic system (MPS). Antibody can also lead to cellular destruction by binding complement. The complement system is a complex biochemical multicomponent system that is triggered by the presence of antibodies on the cell or simply be the carbohydrate structures on the surface of an organism. Activation of complement results in the formation of a membrane attack complex which punches a hole in the red cell membrane resulting in cell destruction. Antibody attachment can also lead to an accelerated rate of destruction of affected RBCs by macrophages within the mononuclear phagocytic system usually within the liver and spleen. This process occurs outside the circulation and results in extravascular hemolysis. Additionally, high levels of antibodies on the RBCs cause the cells to bind together, a process called agglutination, which also facilitates destruction of the RBCs in the mononuclear phagocytic system. Typically the antibodies are directed against the RBCs in the circulation and the bone marrow can continue to form new RBCs. Rarely, the antibodies are directed against the bone marrow RBC precursor cells as well as the RBCs and lastly, antibodies can be directed against the bone marrow only. It needs to be emphasized that destruction of RBCs is a normal process. Red blood cells have a defined life span (about 120 days) and then are removed from the circulation. In IMHA this process is accelerated due to primary or secondary disease processes. 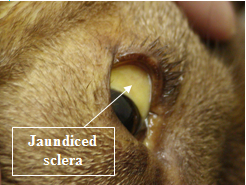 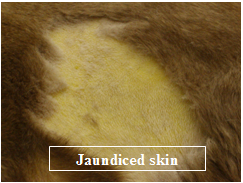 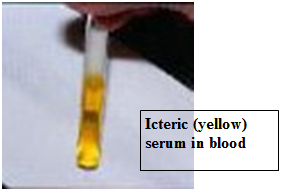 The diagnosis of IMHA is initially based on hematology. Patients typically present with a moderate to severe anemia (red blood cell count). This is commonly regenerative, which means the bone marrow is producing new RBCs as fast as it can. Young RBCs (reticuloytes) and nucleated RBCs (normal RBCs are not nucleated) are usually seen in abnormal numbers although this response takes up to 5 days to occur. White blood cell numbers are often dramatically increased both due to the bone marrow response and due to the inflammatory process associated with the RBC destruction. Platelet counts are usually normal although the immune-mediated process can also include platelets resulting in a low platelet count or thrombocytopenia. Immune-mediated thrombocytopenia (ITP) and IMHA occurring together is known as Evan’s syndrome. The appearance of the RBCs is also important in the diagnosis of IMHA. Large numbers of spherocytes support the diagnosis of IMHA. These are RBCs in which some of the cell membrane has been removed without cell destruction resulting in a smaller cell. Schistocytes are actually RBC fragments which may also be seen and are caused by the partial destruction of RBCs in this condition. Agglutination may also be seen on a blood smear. These “specks” are actually rafts of RBCs which have been “glued” together by antibodies. This is diagnostic for IMHA when it occurs but is not seen in all cases. 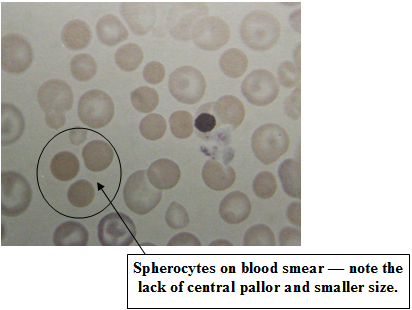 Serum biochemistries are often normal in IMHA although an increase in liver enzymes may be seen. Mild to moderate hyperbilirubinemia (bilirubin is a liver pigment which is normally associated with recycling of RBC components) can be seen. This can be reflected as jaundice or a yellow color change in the sclera (whites) of the eyes, in the skin and mucous membranes. The urinalysis also may show increased levels of bilirubin and hemoglobin in the urine of IMHA patients.

Immunological testing can support a diagnosis of IMHA. The most widely used test is the direct antiglobulin test also known as the Coombs’ test. This test detects antibodies and/or complement bound to the RBC membrane. The problem is that both false positive and false negative test results can occur. It is still recommended to run this test but it must be interpreted in the light of clinical judgment.

Additional tests may include radiographs to screen for cancer and evaluate size of the spleen and liver. Chest X-rays are also useful to screen for pulmonary thromboembolism which is a common complication of IMHA. Screening for tick-borne diseases such as Ehrlichia spp. may be indicated depending on disease prevalence in your area of the country as well as testing for Babesia spp. and Hemobartonella canis.

Treatment initially involves glucocorticoid therapy with oral prednisolone or prednisone. One has to bear in mind that steroids are not immediately effective and blood transfusion may be needed to support those patients with life-threatening anemia buying them some time for the steroids to “kick” in. Blood transfusion is not indicated in stable patients with IMHA. Another product which was gaining use in treatment of IMHA was bovine polymerized hemoglobin (Oxyglobin®). This product was used to increase oxygen-carrying capacity in severely anemic animals. Unfortunately this product is no longer available. Immunosuppressive therapy with other drugs such as azathioprine (Imuran®), cyclophosphamide (Cytoxan®), danazol (Danocrine®) and cyclosporine may also be started along with the steroid therapy.

Supportive therapy is also important. Oxygen supplementation is helpful in severely anemic individuals. The use of intravenous catheters and intravenous fluids is controversial. Fluid therapy may be helpful in preventing thromboembolism (blood clots) which is a major complication in IMHA but the placements of catheters can also predispose to thrombi formation. Low dose heparin therapy is often indicated to help in prevention of thromboembolism the development of disseminated intravascular coagulation (DIC) in IMHA patients. Cage rest also prevents trauma that could result in uncontrolled bleeding.

Advanced therapy consists of gammaglobulin, plasmapheresis and splenectomy. Human intravenous immunoglobulin (HIVIG) is a pooled preparation of IgG from the plasma of multiple healthy human donors. It was initially developed to treat human immunodeficiency diseases but it also has shown some promise in the treatment of human immune-mediated diseases such as IMHA. The theory is that this antibody rich fluid binds to and blocks the antibody receptors on cells in the mononuclear phagocytic system thus preventing them from binding to antibody-coated RBCs. The use of this product in dogs appears safe although there may be an increased risk of pulmonary thromboembolism. HIVIG has not attained common use due to its high cost and very limited availability. Plasmapheresis is the process in which plasma containing components or substances thought to be causing disease is removed from the circulation and replaced. The basic procedure involves the use of a cell separator which removes cellular elements from the blood. These cells are mixed with a replacement solution and re-infused into the dog. The separated plasma is then passed through an immunoadsorbent such as staphylococcal-purified protein A which binds canine IgG. The hope here is that unbound anti-RBC antibodies will be removed from the plasma by the immunoadsorbent. The purified plasma is then re-infused into the dog. Antibodies already bound to the RBCs will not be removed in this process but the entire IMHA process is hopefully slowed down and immunosuppressive therapy can be move effective. Since the spleen is often involved in IMHA removal of the spleen (splenectomy)is potentially a very effective treatment for IMHA. The problem is in dogs response rates to splenectomy vary from poor to excellent. Due to the variable response rates early splenectomy cannot be recommended for canine IMHA. Splenectomy may be necessary in those patients who are refractory to steroid and/or immunosuppressive therapy or if drug side effects are unacceptable. Also keep in mind that IMHA may continue in spite of splenectomy due to non-splenic MPS in the liver and other tissues.

Unfortunately the mortality rates for canine IMHA as high with 1/3 to 1/2 of all presented cases either dying or euthanized. This is a tough condition as it is expensive to treat, extensive diagnostics are often required to rule out causes of secondary IMHA, and treatment is labor intensive.